Swedish based Kernow FA duo Josh Bragg and Kieren Conibear-Trathen spoke with Tom Howe earlier this week to discuss how the coronavirus pandemic is affecting them some 2,000 kilometers from home.

Midfielder Bragg and his fellow Cornishman Conibear-Trathen are busy preparing for the start of their seasons which, having been due to get underway this month, have now been pushed back to the end of June.

Both ply their trade in the second division of Swedish football’s league system, which is divided into six groups of 14 teams each representing a geographical area. 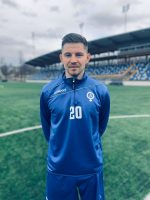 Bragg will play for Atvidaberg FF in the Sodra Svealand division, based in the south of the country, while Conibear-Trathen will line up in defence for Sandviks IK in the Norrland (Northern) section.

“We have been training everyday as normal really,” said Bragg. “We are told not to shake hands and our guidelines from the club are that if there is any slight symptom of illness then that person must stay away for a minimum of two weeks.

“After that – and away from training – we just follow the Government’s guidelines. Perhaps I would be a little bit more cautious if I was living closer to family members. Other than seeing the same group of people at the training ground I don’t really come into contact with anyone else.

“At the moment our season is still going ahead. They have cut the league in half so instead of playing each team twice we only play them once. We played one friendly game in early March but since then all friendlies have been stopped. From what we are hearing it doesn’t seem likely we will be allowed to play any friendlies before the league starts.

been slightly different for Conibear-Trathen however, as he has spent two weeks away from the training ground having developed symptoms of Covid-19. 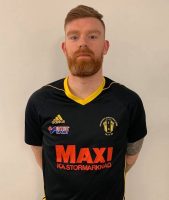 “I didn’t have a fever but I had a dry cough, shortness of breath, a loss of taste and smell,” he explained. “Only in the last couple of days have I started to feel normal. I would say I feel safe with the restrictions but they have predicted in the region of Sweden I live in that this will be the worst period.

“We are training three times a week and up until recently would use our changing room beforehand to get changed and after to shower but, as of last week, that has been stopped. We have to change at home and mark our own water bottles too.

“They had arranged a friendly league which consisted of nine of the local teams but that was scrapped two days before it was supposed to start as all friendly matches were cancelled across the country.”

The pair are close friends, having come through the youth ranks at Polkerris before playing senior football together at Truro City, St Austell, Wadebridge Town and Newquay.

They have been keeping in touch with each other, as well as family and friends back home, with Bragg explaining: “I’m living over here with my girlfriend. I’ve been away for a few years now so I am used to the routine of regularly facetiming with friends and family just to see how they are and what’s been happening. We’ve also been doing a weekly family quiz since the lockdown, which has been good fun.”

Conibear-Trathen added: “I have recently purchased a house in Sweden with my girlfriend and I have an eight month old daughter. I also work as a teacher in a private school. I stay in contact with my friends and family once a week – but I’m speaking to Josh nearly every day!”