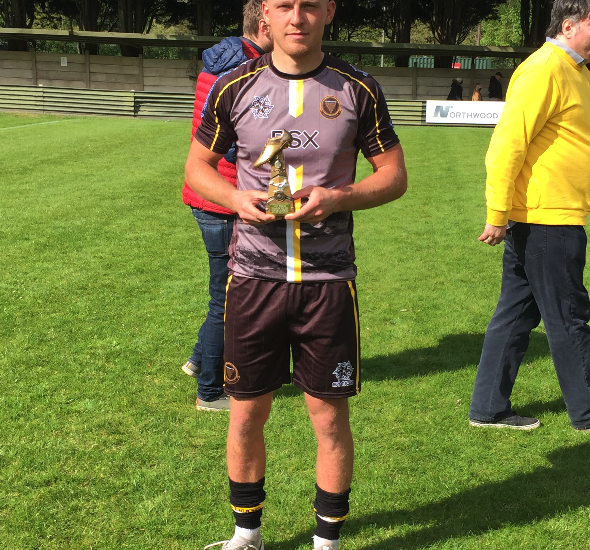 Another former Bodmin favourite, Harry Clarke, contributed to the tally, with a current Town star in Dan Jennings grabbing a brace to complete the rather one-sided scoreline and secure Kernow their first piece of silverware.

Following the disappointment of seeing back-to-back international competitions cancelled due to the outbreak of covid-19, Gilbert praised Kernow’s team spirit and tipped the team for further success in the future.

“Personally I loved every second of the game,” Gilbert told the Voice. “Playing with all the best players across the county is quite unique and it’s crazy how well we played as a unit.  “I’m buzzing with the hat-trick and it’s just a good feeling to contribute towards the win.

“Being involved with Kernow is awesome, from all the staff to all the players, the atmosphere is quality. We’re only going to get better too.

“Hopefully we can contend for some titles when we eventually get to go away for the World Cup because we’ve got some serious potential.”

This article was first seen in the Bodmin Voice newspaper on Wednesday, May 26, 2021.