The cause – which provides advice and support to empower anyone experiencing a mental health problem – is close to Tom’s heart. He has been affected by mental health in the past and people very close to him are going through battles of their own.

To highlight the great work of Cornwall Mind, the 18-year-old, who plays his club football for Mousehole in South West Peninsula Premier West, will take on this mammoth challenge, starting on July 3 (6.00 pm).

He will run a total of four miles every four hours until a final stint at 6.00 pm on July 5 – which equates to some 13 sets of four mile runs – and is asking for your help to reach his target of raising £2,000.

“As you are aware, there is a huge issue at the moment which is Covid-19 and this is having a detrimental effect on the mental health of a lot of people,” said Tom. 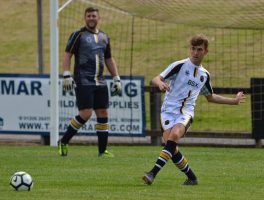 “This has affected both myself in the past and now people very close to me greatly over the past few months. I want to find a way to help, both those people close to me, along with the people in Cornwall who I know are also suffering with poor mental health.

“I have chosen this charity as it targets Cornwall and I feel like we often get overlooked. Help is needed for individuals, in particular young people like myself and raising money will allow support to be more accessible.

“The aim is not only to raise money for this charity but also raise awareness and show people that there is a place for them to go if needed.”

Hands, who made his debut for Kernow during August’s 10-3 CONIFA World Football Cup qualifier at home to the Chagos Islands, went on to say: “Representing Kernow FA is a huge honour and it provides a platform for people down in Cornwall to play at the highest level possible against international sides from all over the world.

“This is particularly a great opportunity as at times in Cornwall we can feel isolated and feel that we often don’t get looked at down here.

“Kernow FA is run at the most professional level and it feels a great privilege to be asked to represent them. It is a fantastic way to be able to get involved with playing against other nations across the world.”

For more information on Hands’ challenge, and to help him reach his target of £2,000, visit https://www.gofundme.com/f/tom039s-campaign-for-cornwall-mind while, for details on the services offered by Cornwall Mind, log onto https://cornwallmind.org/. 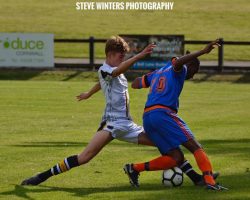