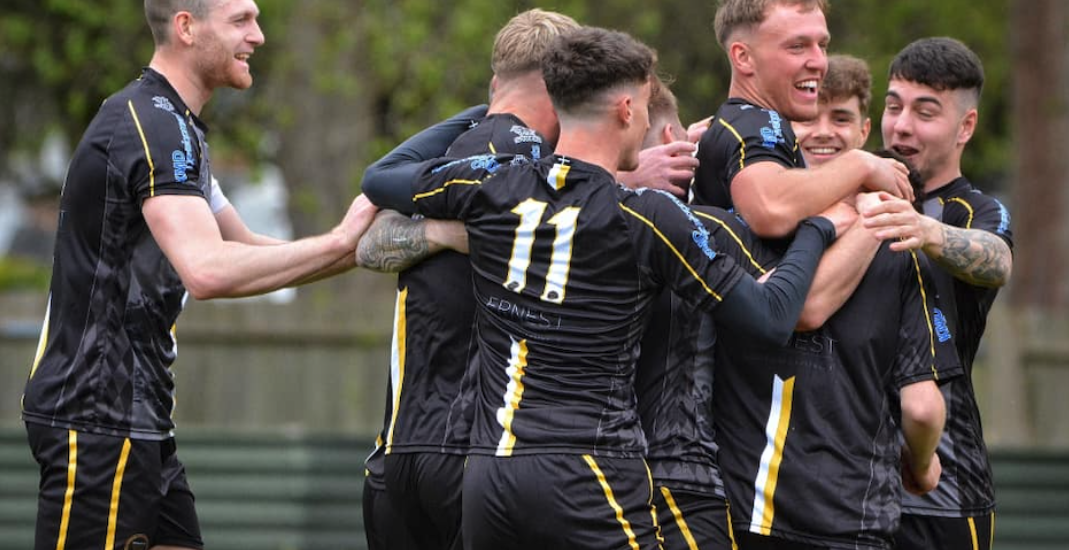 Gilbert’s Trungle Park team-mates Tallan Mitchell and Hayden Turner had both netted by the time he swept home his first of the afternoon on 21 minutes. Cascadia pulled one back before the break, with Max Oldham converting from the penalty spot after referee Stuart Kyle adjudged Kernow skipper James Ward to have committed a foul inside the box.

Undeterred, the Cornish upped their game further still in the second-half and slotted five more past a tiring Cascadian side at Northwood’s Acretweed Stadium in north west London. Gilbert stole the show with the first two of the final stanza before Harry Clarke stepped off the bench to lob home the goal of the game.

Bodmin Town marksman Dan Jennings stayed sharp to net two further strikes before the full-time whistle, which was met by rapturous applause from the handful of travelling supporters and the many more who took advantage of a live stream to watch from home.

Kernow flew out of the blocks and, with just three minutes on the clock, Jennings burst through and picked out strike partner Mark Goldsworthy who headed his cross narrowly over the bar. This chance was simply a warm-up for the main event as, moments later, Mitchell opened the scoring with a low finish into the bottom left corner of the net.

The lead was doubled on the quarter hour mark, with Turner picking up possession on the left side before shooting low under the ‘keeper and into the back of the net. Two almost immediately became three, with Gilbert turning home a cross from the hardworking Will Tinsley to leave the travelling team and support in dreamland.

Cascadia were restricted by a stubborn Kernow defence that, when finally breached, were well backed up by debutant stopper Ollie Chenoweth who helped himself to three comfortable saves before Ward’s foul paved the way for Oldham’s composed finish from 12 yards. Regardless, Jennings and Goldsworthy each saw goals chalked off by the linesman’s flag, while Gilbert and Turner were unlucky not to add further strings to their respective bows when well-placed.

Alongside Jason Robertson and Tom Hands, both Cameron Turner and Clarke were introduced from the bench for the second-half and the pair combined to make an instant impact in what was a rampant second-half performance from the men in black and gold.

Gilbert set the tone with two quickfire goals to complete a memorable hat-trick, the second a fine solo effort full of persistence and guile, before Cam Turner spotted the run of Clarke and fed through a delightful crossfield ball that was met by an equally impressive lobbed effort over the advancing custodian.

As Kernow flexed their attacking muscle, Robertson was forced into a handful of routine stops while, at the other end of the park, Mitchell shot off target and Goldsworthy struck the ball into the side netting. Jennings, given a breather shortly after the turnaround, returned to the fray and duly added a brace to take Kernow’s tally to eight, the second a stabbed effort from close range after reacting quickest to a fine save from Cascadian stopper James Mayo.

Mitchell (twice), Clarke and Jack Calver were all denied late on as James Nichols’ side ultimately prevented their opposition from breaking into double figures. Their best chance of the half came when Oldham shot off target after some excellent work by the tricky one-time Canadian international, Gavin McCallum, who was largely kept quiet by the excellent Josh Otto.

This report was first seen in the Bodmin Voice newspaper on Wednesday, May 26, 2021.