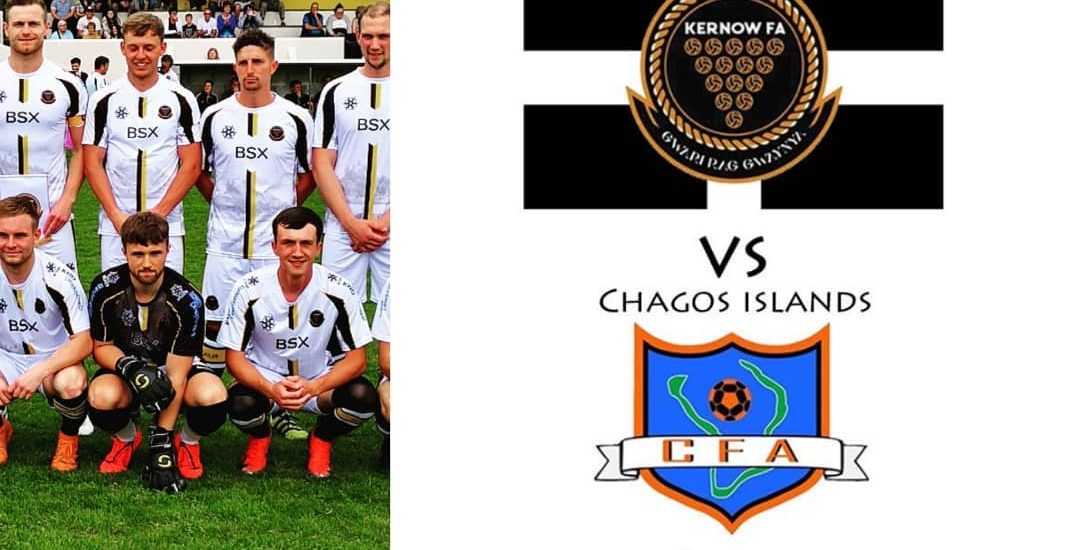 Players from across the South West Peninsula League will be in action today (Sunday) as the Kernow Football Alliance meet the Chagos Football Association in a 2020 ConIFA World Football Cup (WFC 2020) qualifier at Bodmin’s Priory Park (4.00 pm).

Mousehole’s Tyler Tonkin and Tom Hands make the Kernow squad for the first time, after helping the Seagulls to a handy start in their first season at step six, while Porthleven defenders Ed Timmons and Tom Whipp have also earned a call.
The squad is completed by Steve Rogers (St Blazey), Billy Hopcroft (Launceston) and James Lorenz (Liskeard Athletic).

Kernow FA chairman Jason Heaton said: “This is a massive fixture for Kernow FA, not just about how far we’ve come and what we represent, but to get the points to qualify for WFC 2020, it’s critical as the deadline is September 31. It’s a stern test of our resolve and how we can build on our relations with players, clubs, league representatives and the Cornwall County Football Association, all of which seem to be on track and certainly heading in the right direction. In respect of the Chagossians and their national football team, Chagos Islands FA and their fight to be able to return to their homeland, we at Kernow FA offer our support as an extension of our international football family.”