NB : Berbera was never Officially confirmed by ConIFA as a Host City, but was reported as being the 5th Host City by Somali-speaking media outlets. 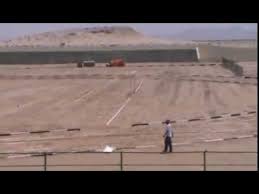 The stadium was apparently inaugurated with the laid-out, but unfitted, new playing surface opened by the Somaliland President & Sports Minister in April 2019 :